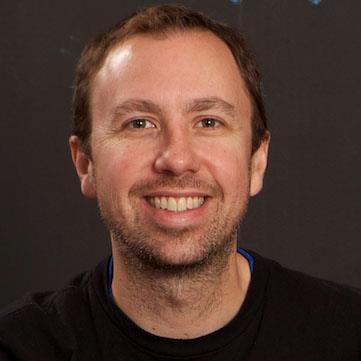 The journey to AWS re:Invent each year always leads me to wonder what Amazon could possibly do next and what this will mean for organizations as they move to the cloud and beyond. My perspective on AWS also changes every year, as it seems security has more and more of a presence.

In this post, I will detail my time at AWS re:Invent, along with some key observations about how the event is changing and how security plays a role in our cloud journey both now and in the future.

A little background on me—my name is Jay Brewer, and I am the vice president of experience design at Rapid7. My team is responsible for designing and helping to deliver all of the SecOps products from Rapid7, such as InsightVM, InsightIDR, and others.

My first observation this year at AWS was indeed that it had grown in scope again. AWS isn’t held at just at one casino expo hall or conference area—it takes place at more than five. This year, I stayed at a more central location in the Palazzo and could feel the buzz upon my arrival. Given many of my sessions were at the Palazzo and ARIA, there would be a lot of walking to do, which would give me time to network with many of my tech friends working in cloud storage, analytics, and other areas. 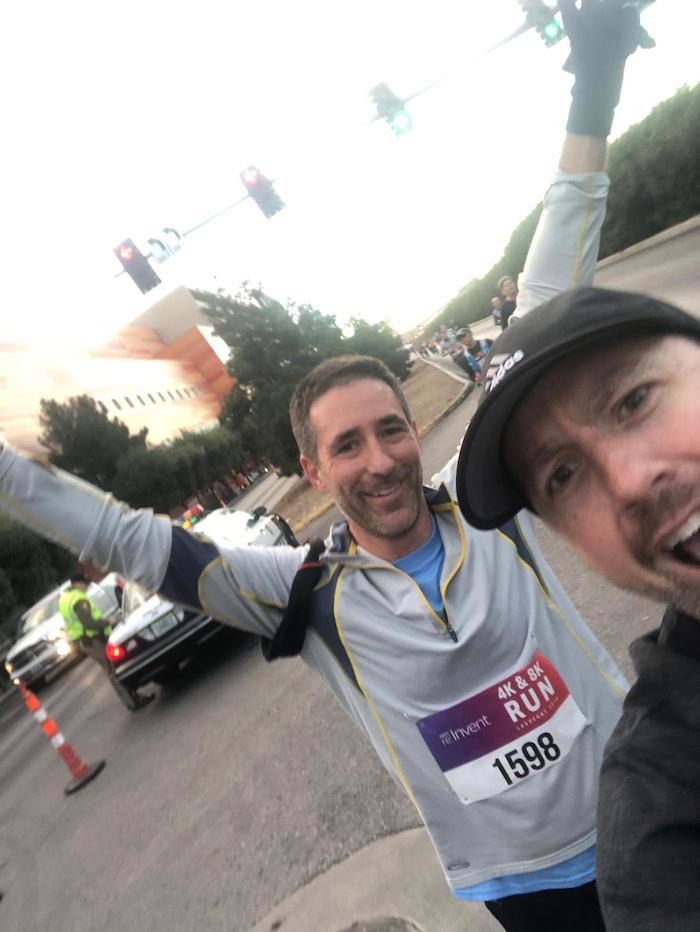 I also ran in AWS’s annual re:Invent 4K/8K at 6 a.m. on Tuesday along with Russell Neufeld from Nasuni—a client and friend who is an avid user of Logentries. During our 8K, we discussed what we think might happen at the keynote on Wednesday morning from AWS CEO Andy Jassy, hoping for cool storage stuff and perhaps something more security-focused.

On Wednesday, both of these ideas played out in Jassy’s keynote. The storage idea took the form of Amazon FSx for Windows file servers. This is like Amazon EFS, but instead of supporting the NFS protocol, it supports the SMB protocol. If you run tons of workloads on servers and need a shared file system, this is for you.

Jassy also announced Control Tower and Security Hub, which will assist in managing your AWS accounts, setup, etc., as well as your security posture across your entire AWS account ecosystem.

And, not to be missed, Rapid7 was named during the Security Hub section as a key provider of AWS security products that can help you secure your AWS infrastructures.

Observations from the expo floor

As I walked around the show floor post-keynote, I saw there were more security vendors than ever before. Questions were everywhere: Can you scan a container and know it’s secure? Do you know what’s running in your AWS cloud stack? What would you do if you configured your AWS environment wrong? There were also plenty of serverless discussions and talks happening with various vendors. 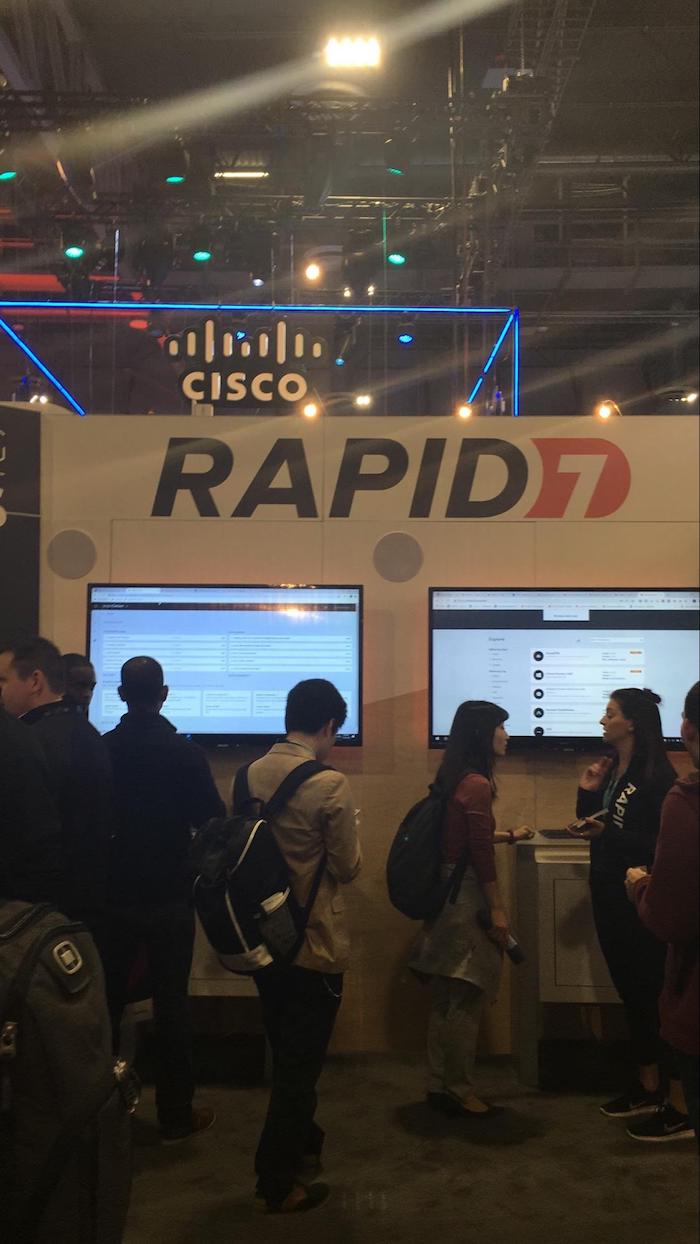 The booths this year on the expo floor also grew in size—and with such growth in security, it was no surprise that on Wednesday, we found out that there would be an AWS re:Inforce conference in Boston in June 2019.

AWS re:Inforce will be a hands-on cloud security conference that offers a deep dive into the latest approaches to security best practices and risk management using AWS services, features, and tools. This announcement just emphasized the fact that I was seeing more and more security at AWS over the past three years—and we’re excited that there’s going to be a show in our own backyard in Boston! 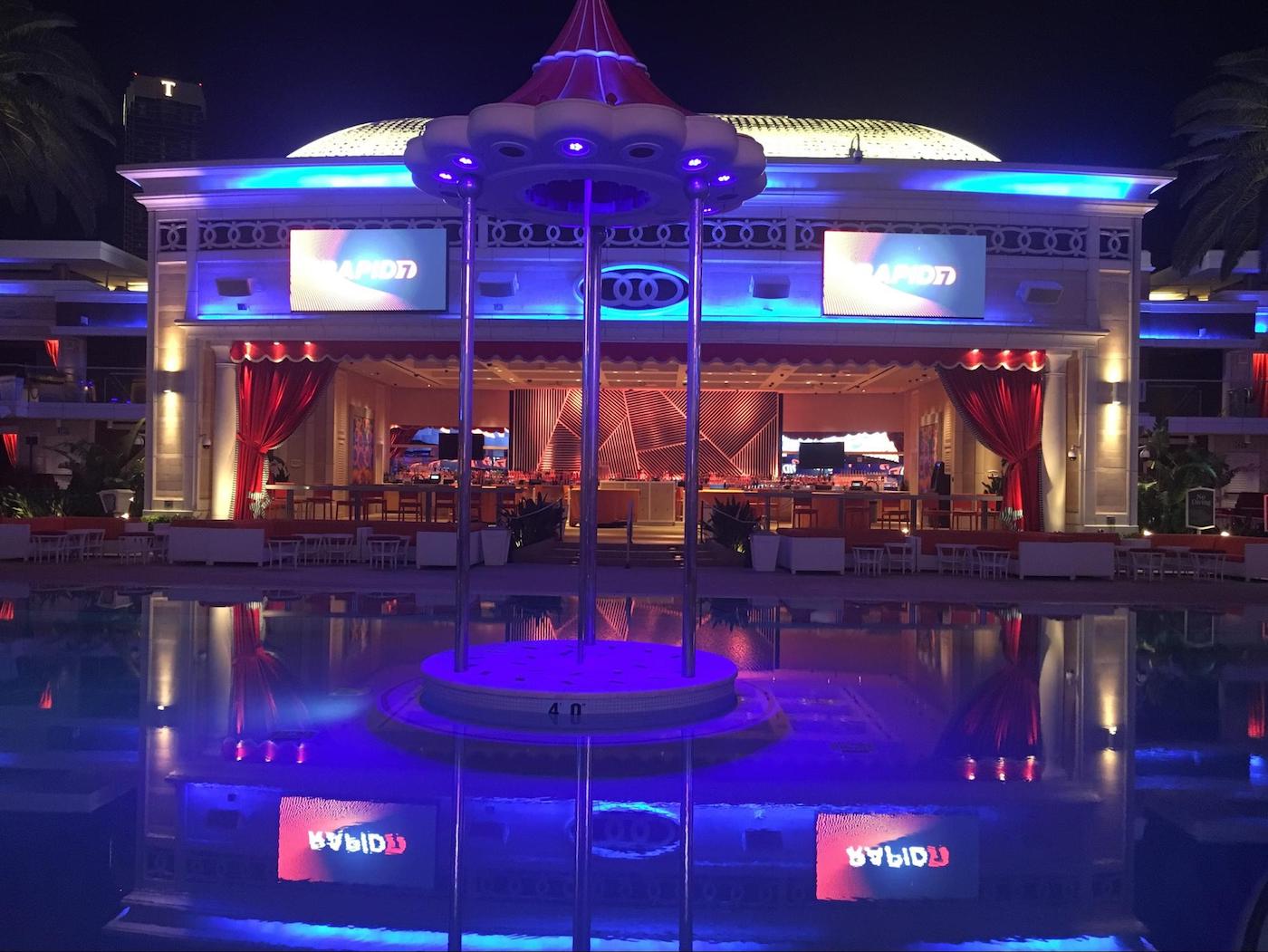 Rapid7 also hosted a happy hour customer event at Encore Beach Club’s Surrender Bar on Wednesday night that was jam-packed with AWS attendees. What struck me most was that in more than four conversations I had, I met a group of people from a company that consisted of IT, DevOps, and security leads. All of these people wanted to get things done, and each of them was on a journey to learn how they could work together after AWS with better tools and better security.

This year’s key takeaways for me were the scale and scope of security vendors focused on the cloud, the continued drive to leverage more analytics at a cheaper cost, and the need for smarter storage. The approach we’re taking to security in the AWS cloud has taken off and is much-needed. Also, if there is one database I’d like to have in my future, the Amazon Timestream database service that is designed specifically for time-series data was jaw-dropping.

I’m already really looking forward to re:Inforce and returning to AWS re:Invent in 2019 to see what will be new then. This conference is an amazing show that provides much-needed perspective on the growth of everything cloud and how security will be needed to support that explosive growth and the ongoing journey of AWS offerings.