Hopefully, this reads nothing like those awful clip-show highlight episodes which lost all value once you could buy box sets, but my family's adventure on a portion of the world's twentieth largest island has ended. I will try not to rehash the many learnings I've shared in my previous blogs [which started almost exactly 20 months ago], but rather my many failings and a few final experiences I'll probably forget if I don't put them out on the Internet to be thrown back in my face for eternity.

A man and his [many] failings

Throughout the wandering rants of this blog, some of you may have noticed I was mostly discussing things I learned and exposing annoyingly inefficient processes from filing for a UK visa to topping up my gas to almost anything in global airports. Well, now that the secondment is over, I want to go through the many objects and behaviours I never managed to understand. I must be too brainwashed by my American youth. 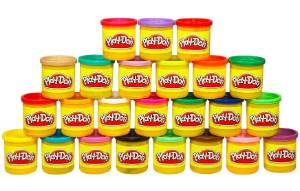 I haven't really mentioned my dog here since she had a stress-induced sickness just after we arrived. Well, here's what she learned on the adventure:

Toddlers and a distorted reality

Having moved to Belfast when our daughters were not yet two and half years old, there has been a dramatic change in them and it's strange to think they will likely never remember learning to talk while residing in another country. And do they ever talk. But it will only get more confusing for them when we return. No longer will they know when to say “pants” instead of “trousers”. I'm certain they'll say “hiya” to strangers and ask a few people if they're “cross”. They'll probably expect a nativity play next year. Many people may think they're misspeaking when they call a wet surface “slippy”. I'm sure they'll remember nothing of this adventure, but at least we have an obscene amount of pictures as evidence it happened. Maybe they'll stop making us sound wealthy to strangers, as well, once they realise we no longer have “another house in America”.

Rewiring my brain to the new/old “normal”

Having only lived in one tiny region of the world before, it is going to be very strange to regularly come back to The Big Smoke [just learned this nickname] as a visitor, but I probably learned more in these two years than in the previous ten, so at least the close ties and familiarity will make it permanently comforting. Regarding the Rapid7 Belfast office, I don't anticipate ever working in another that feels so familial. There are a couple of guys in the office who turn into walking advent calendars in December with a different Christmas jumper every day, including one with a light up fireplace and the most popular in Belfast this year: Rudolph with a red-nose pom-pom. We set the standard for future Christmas parties with a private Star Wars: The Force Awakens screening at noon, Swapping Santa with an array of shenanigans and two gifted bottles of Buckfast, then a “casino night” in the office, followed by a three-course Christmas meal at the Ivory. To truly make it my best ever last day in an office, I finally tasted Buckfast [and was both impressed and depressed when it tasted like Coca-Cola and cheap wine], lost my voice from having done the Dublin office party the night before, and received dozens of hugs on a night typically known for coworkers punching each other. 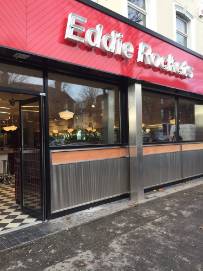 But it was a good time. An Eddie Rockets just opened on Lisburn Road as that entire street has been filled with thriving, new businesses since our arrival, so obviously it needed an American-style fast food joint. So it is time to move away from Una [our original aide in learning the city], Oonagh [my bus stop friend from County Donegal], and Oonagh [my wife's very close Northern Irish friend] to a place where I know absolutely no one by that name. But just don't ever ask us if we felt safe while living in Belfast. The forty years of “The Troubles” which are so often seen as a dark and dangerous time in Northern Ireland are in the past and never as frequently involved innocent victims as what I've seen in the reports from The States today. The riots which take place annually are not remotely as damaging as the results of most “celebration” riots when a US city's professional sports team wins a championship. The rest of the world knows Belfast is much safer than most every US city.

The actual journey home was incredibly less painful than the original trip overseas, thanks mostly to a perfect string of helpful members of the service industry. Our dog travelled with us down to Dublin in Daniel's full-sized van as the girls left Northern Ireland on a gorgeous, sunny last day of Autumn exactly as they first entered it: sleeping soundly. Niamh [pronounced “Neeve”] from Aer Lingus escorted us from the check-in counter to the oversize baggage weighing counter to the one oversize counter which takes pets to the cargo area to a final ticket desk where one pays one tenth of the fee for bringing the same dog to the rabies-free island. The [happily] uneventful flight arrived early, leading to the anxious thought of the dog underneath us completely unaware of why we were sitting completely still on the runway because air traffic control has still not solved the fragility of its gate-scheduling process. The final taxi van driver dropped us at home and kindly carried our bags onto the porch as we were placing sleeping toddlers on random couches.

Less than an hour later, I was nearly broadsided as I jaywalked while looking the wrong direction.