Having reached the point in the secondment when we have booked our one-way flight home and started contacting US services like daycare centers and pediatricians, my family and I are going surprisingly light on the rest of our travel plans. However, it didn't stop us from achieving one of the coolest possibilities living on an island unlocks: witnessing the sunrise on the east coast and the sunset on the west coast in the same day. As always, here are some of the random events I found interesting from the past month.

In a recent blog, I mentioned just how un-summer-like this summer's weather was in Ireland – it was the “worst summer in 23 years”, as a Northern Irishman who just moved back after fifteen years in The States informed me [but I forgot to ask him for his source]. Well, naturally, as is almost to be expected here, late September and early October have been noticeably warmer than July was, to the point that it reached twenty [68 in American] degrees on the sixth day of Autumn, which made it the perfect day to drive across the entire island. Right? I even get sunlight on my computer screen most days since the staging and grey [gray in American] tarps were taken down from the shinier, brickier, Arnott House.

“Probably the best city in the world”

On the [obviously not] famous trip my wife and I took to Ireland in 2003, we spent the last day in Galway and above the nearby Cliffs of Moher, but didn't feel we'd spent a sufficient amount of time in that region. So, naturally, as it had been nagging at us for 12 years, we put off a second [proper] visit for eighteen months while living a measly four-hour drive away. About that four-hour drive:

The Internet failed to explain the “probably the best…” tagline to me, but it is present on a great deal of tourist items and gifts. If you are travelling from the US to Ireland and want to be with a lot of your people, Galway is the place for you. American accents were so prevalent that it was the only place we have visited on the island without once being asked if we were from The States. The food disappointed us more than other areas of Ireland, but I did have an amazing sea bass dish in the one restaurant in the town of Furbogh and the best lamb stew of my life in a random pub in Clifden. Oh, and before leaving the west, I devoured my first real bacon butty with a tomato relish so amazing we bought it at a nearby shop. 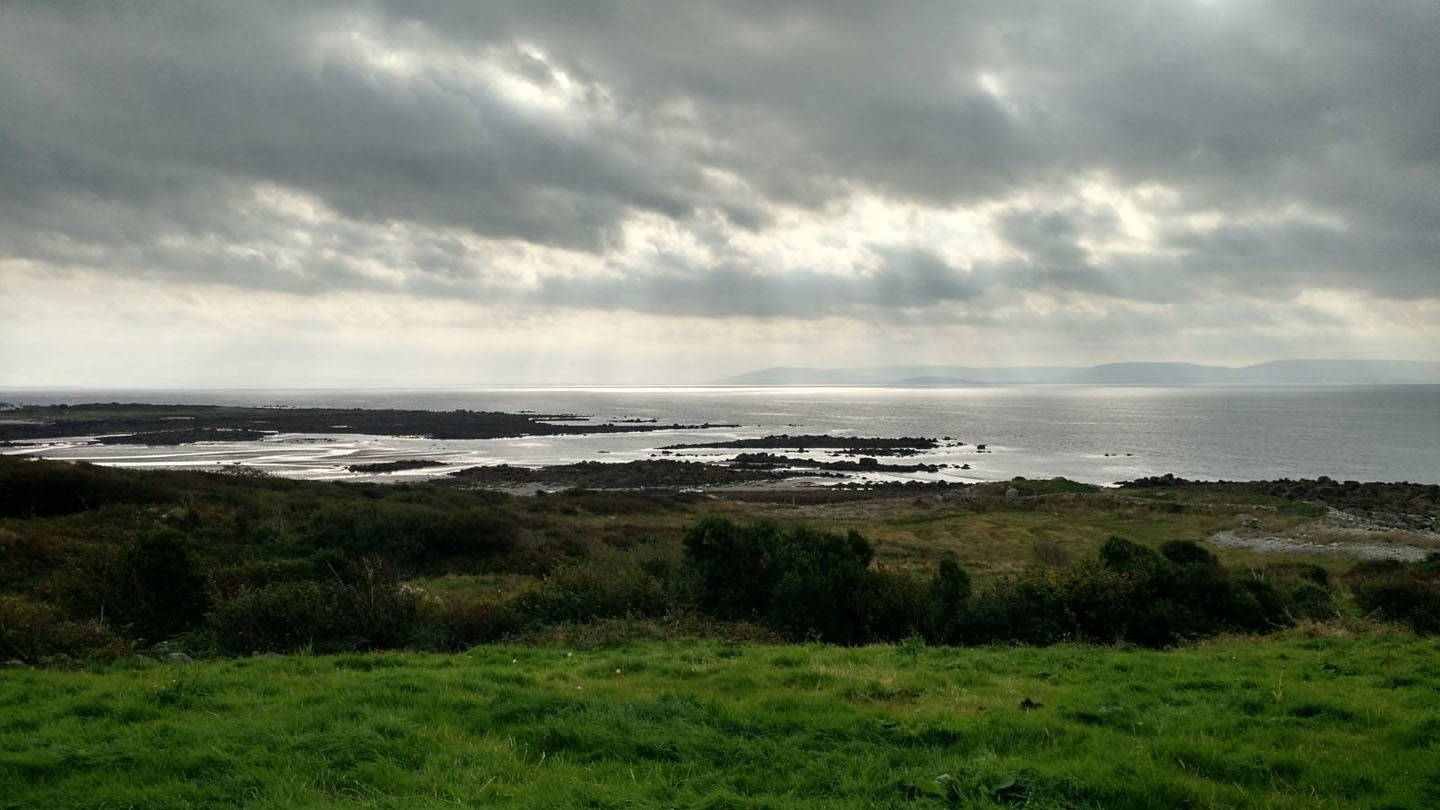 The area of Connemara has two places you need to see: the gorgeous Kylemore Abbey and the Twelve Bens, but neither is perfect without the cloud cover and sunsets you witness with consistency. 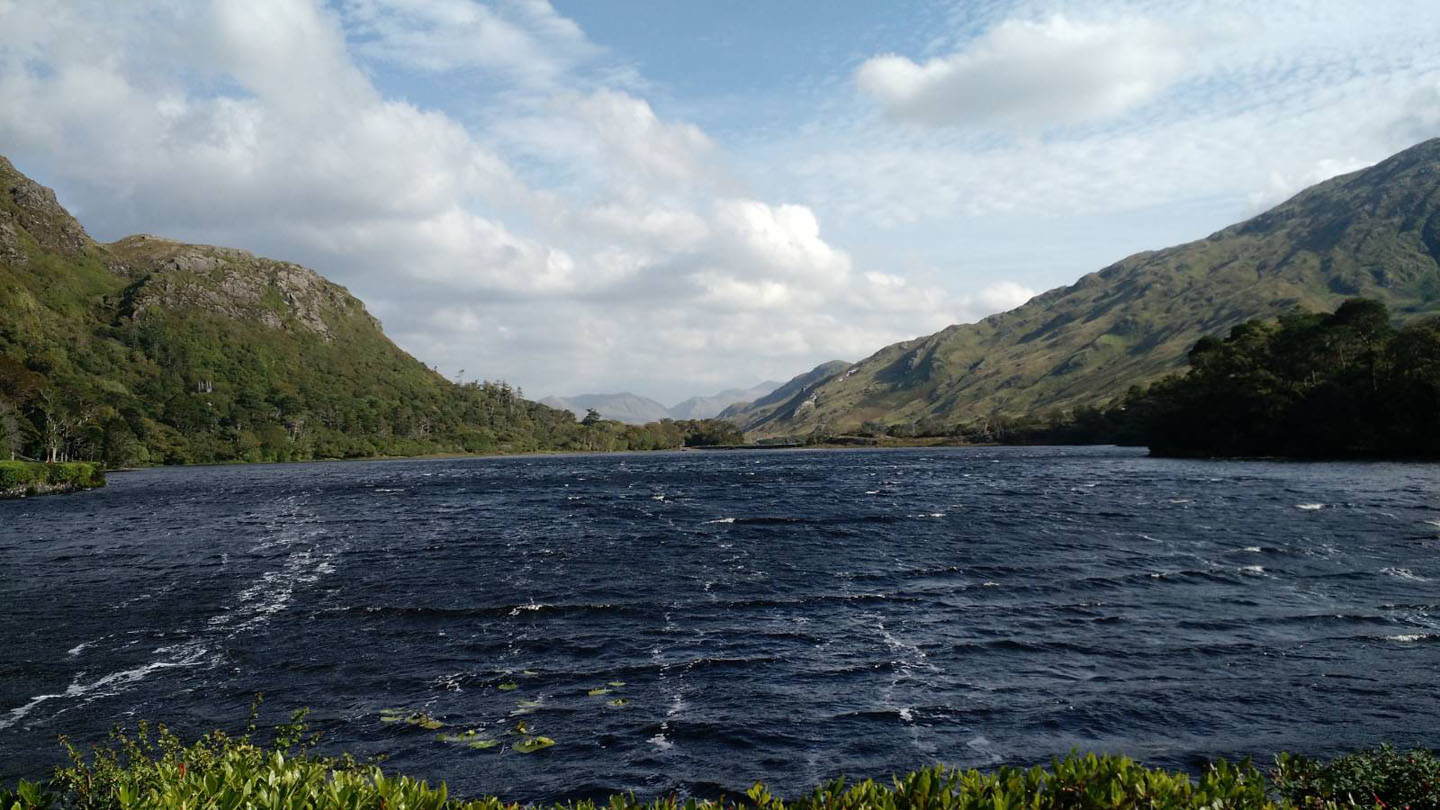 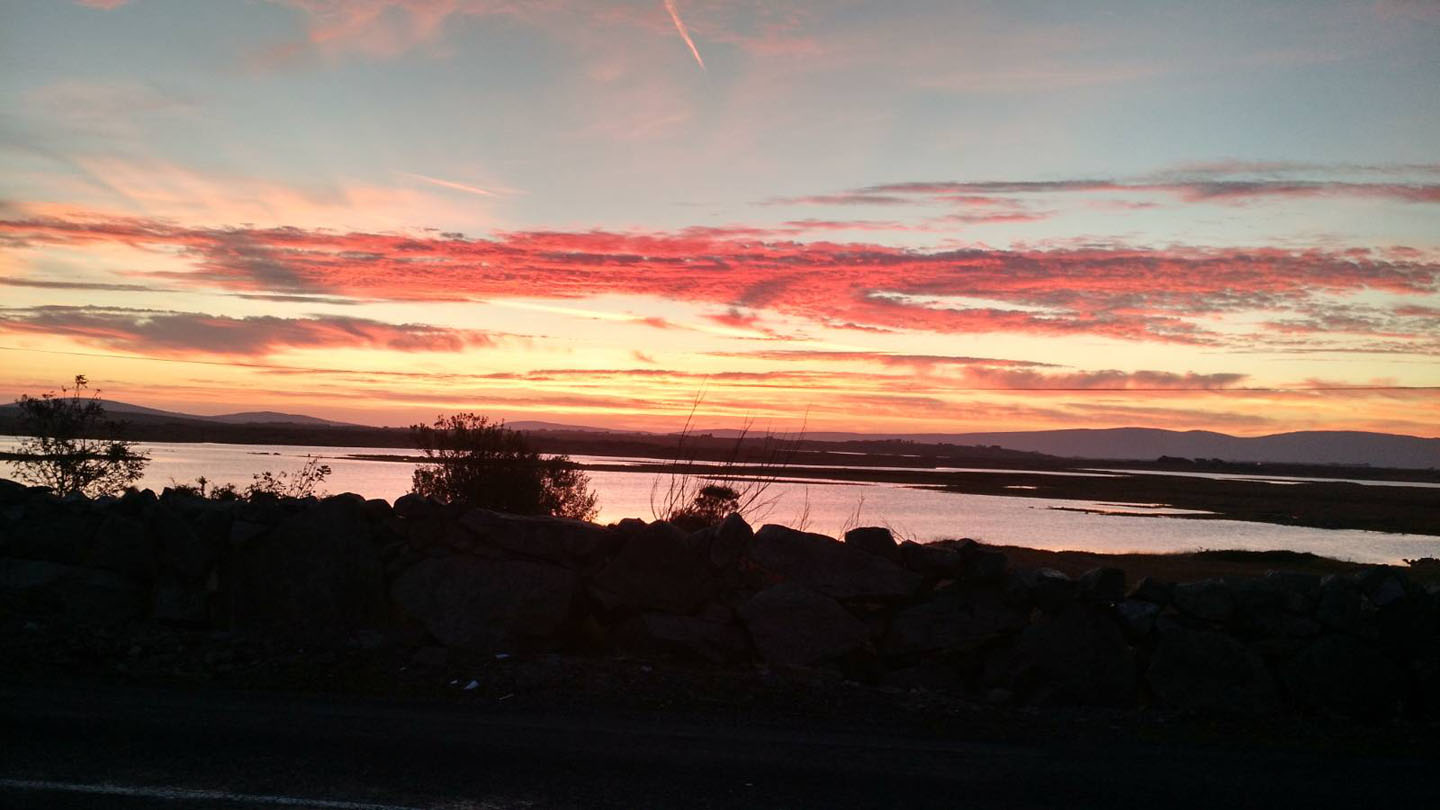 The city whose name is forever under dispute 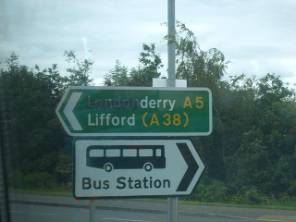 The last city we had remaining on the list of “must see before we move back” was Derry/Londonderry [always pronounced “Derry Stroke Londonderry” to be safe in any crowd]. There are multiple websites dedicated to the dispute over this city's name, so I'll briefly summarize by saying it's Derry to one group and Londonderry to another. If you know anything about the two sides of The Troubles in Northern Ireland, you can probably guess which prefers each. More interesting than the reason is the number of jokes surrounding it. Just by mentioning our day trip, I heard it called “Stroke City” and “the only city name in which the first six letters are silent”. On the drive there [over the River Ness which has nothing to do with Loch Ness on another island], I counted at least three signs on which the “London” was covered in black spray-paint. I didn't manage to take a photo, but there are a ton online, such as the one to the right.

Its welcome sign calls it “The Walled City”, rather than playing with any of the politics, because the center is surrounded by a 17th century wall on which you can walk and quickly appreciate how its cannons would have protected the heart of the city from English and Scottish “settlers”. This wall and the craft village within are worth the trip, but the people are not exactly the friendly Galway residents. 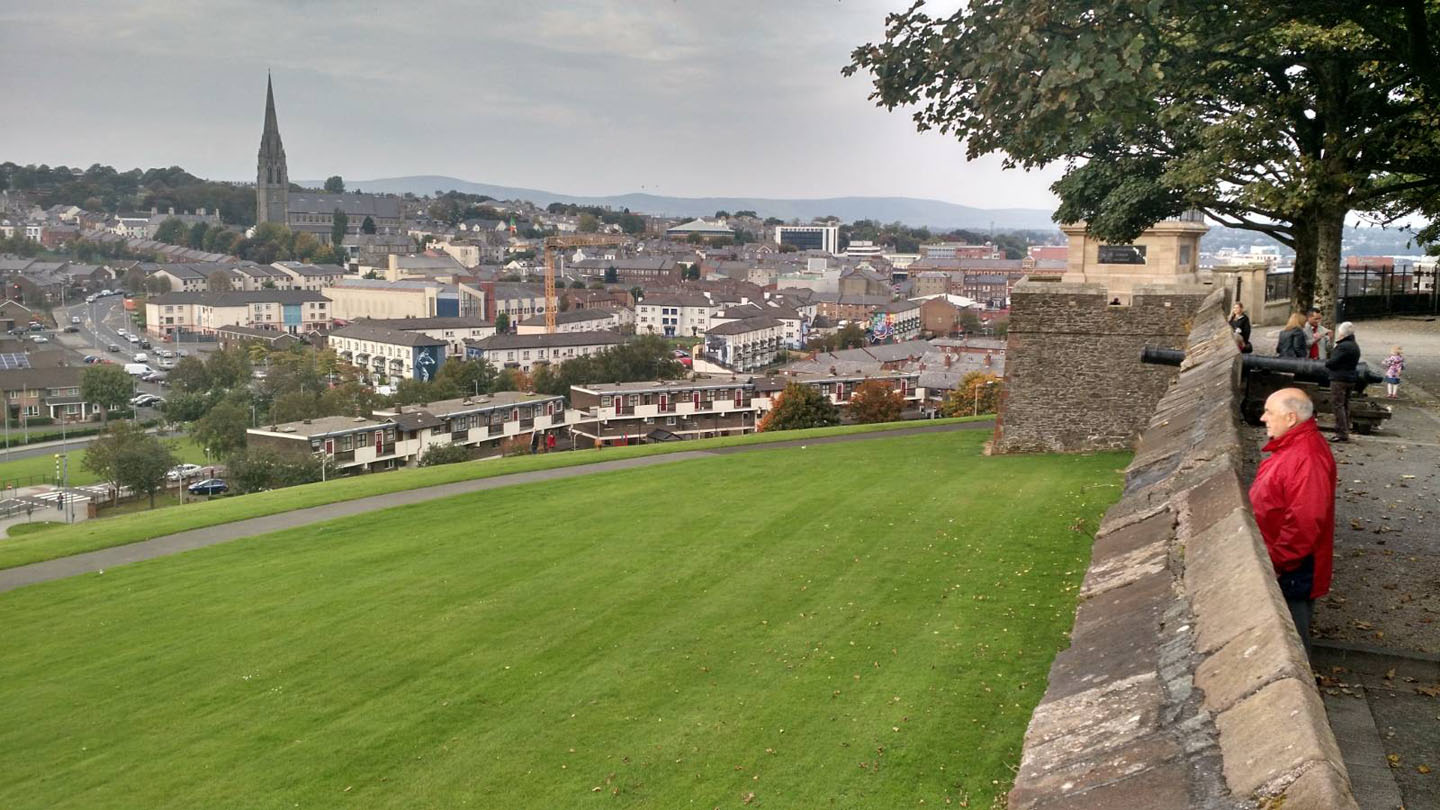 If you're reading this and haven't seen that we acquired a company on Tuesday, I don't quite know how you got here. As a way to kick off the new, awesome Rapid7 with a second development office on the island, a few of us visited the [now named] Rapid7 Dublin office to meet everyone and celebrate over a couple pints and glasses of whiskey. Oh, and I also took the opportunity to have two different venison courses in the same meal, which I would like to repeat if I ever find another visionary enough restaurant to make it possible. I hadn't been in Dublin after nightfall since the now, finally, famous visit of 2003, but it being a Monday, I'm not sure I got the full experience.

Don't worry, this doesn't mean I'll be blogging more about being here next year. [As far as I know.]

Apologies to the “Buckfast in the Wild” fans out there. I didn't stop looking. I just didn't spot any.