Since dumping over 2,500 words here last month and then sharing a broken link, I am making an effort to be more reader-friendly for the four of you who decide to return this month on my family's "do all the things" adventure in Northern Ireland. We moved between townhouses and offices, had American friends and family visit, and I attended a conference in both London and Berlin, all while approaching a Father's Day solstice when the sky wasn't dark until nearly midnight. [Please help me with my Oxford Commas.] Here is what I've been able to [partially] process from these events. 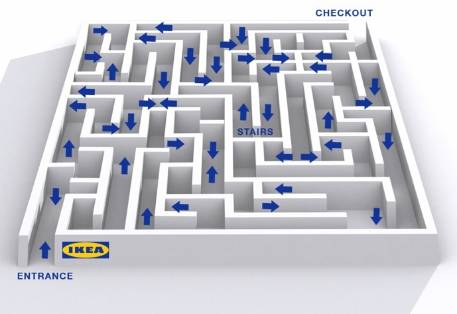 Continuing with our pattern of filling every free minute, we moved everything we possess in Northern Ireland roughly five townhouses away (in distance - 28 in address) at the same time two of our American friends were sending us messages from Boston Logan and Newark Liberty airports before crossing the ocean to explore our part of the world. Why would we put ourselves through the hell of moving thirteen months into a twenty-month expatriation? [I know you asked that because everyone has.] Well, when I travel for work, having no fence around our back garden meant my wife had to walk a dog around the block with two toddlers in tow before and after every day's events (and the Hathaway toddlers have a lot of events). Additionally, our lease was up, we had no guarantee on our townhouse for seven months, and we had gotten sick of using one spare bedroom for storage when a garage would be a much better fit. The logic was that suffering through a rainy-sunny-rainy-sunny fourteen hour move within the same postcode would be worth it to live in a place much more suited for the daily chaos. As a side note, the UK's postcode system is so far superior to the US zip code system, I would struggle to even listen to a counter-argument. With a single alpha-numeric code, I can identify a location within a maximum of 100 delivery points. I just wanted to share this useless information with people.

During the preceding week, I was in London for InfoSec Europe [You should go next year.] while my wife was simultaneously obtaining furniture (some of which is from IKEA hell), keys to our new townhouse, and the information necessary to sign a new letting agreement. So while I was learning there is no correct way to travel into London, she was renegotiating pricing and the level of furnishing with a local who knew he had the upper hand when we asked if he would accept a dog and a seven-month lease. While I was getting stranded in rural England for a night [detail below], she was working through a plan to sign our new lease 36 hours later. When I was back and mostly done moving, we got to attempt to take a shower, but fail to get more than a weak dribble out of the seemingly nicer showers because we couldn't decipher the instructions written by the former owners (who were every neighbour's favourite couple ever) telling us to simply turn on the water pump to the bottom right of the "hot press". It wasn't until I was waiting for our friends to arrive in Belfast International airport that I successfully searched online and learned that the closet on our top floor with a hot water heater is our hot press. What a difference that pump switch makes.

For those readers who don't know, we were in our temporary Belfast space for roughly eighteen months. We were so thrilled to move to our spacious new location, near the trendy Cathedral Quarter, that we did so on a day the Internet wasn't fully connected. The office move was a lot less eventful than my home move since every person involved had so few items to transport, but it was another opportunity to carry objects through the rain and casually stroll between offices in beautiful sunny weather because that is just how weather works here. Timing our home move right around my office move was not the greatest idea, since this meant there were a couple of days I had no TV at home, no landline phone anywhere, and next to no internet access outside of trusted coffee shops. It was a great flashback to the first weeks we were living abroad.

Still on the move

Since I sandwiched two conferences around the week our friends were visiting from the States, it means I got to spend more time doing two of my least favorite things: a) travelling between Heathrow Airport and London, and b) navigating the endless customs processes of Frankfurt Airport. I have nothing new to add about either that hasn't previously been described at length in this space, but I just want to say that adding three hundred Japanese tourists into the Frankfurt Airport queues doesn't remotely improve the ridiculous inefficiency. The planned €36 million renovation project is going to overshoot its budget if efficiency is the required outcome. It's funded by Lufthansa and they have gradually evolved their in-flight meals to be sandwiches which are more unnamed condiments than meat or cheese. Plus, my upgrade rate with them on intra-Germany flights has now dropped from 100% to 33%, so I'm a little bitter.

Both conferences were great for us, but Berlin was a little more exciting host city since I haven't been there in five or so years. Mostly, I learned their bacon is tasty, but almost identical to American bacon, and my limited German I know from sampling a great deal of German beer failed me when I nearly ordered a Berliner Weiss with the expectation of enjoying a lighter wheat beer with a hint of sourness, only to be informed it is infused with fruit and actually quite sweet. At least I was able to increase my daily fanciness by dissolving rock sugar on a stick in my cappuccinos.

A tale of two over-bookings

Everyone has heard of or experienced an over-booking while travelling; I just happened to get two of them, handled in completely opposing ways, over a ten-day period. The evening I arrived in Berlin for FIRST Conference [You should go next year.], I was informed that, while my coworkers who reserved their rooms less than a week in advance had beautiful rooms waiting for them at the Intercontinental, the hotel was completely full and my longer-standing reservation was impossible to honour. Despite this annoyance, I think Intercontinental handled it extremely well by showing genuine contrition, reserving me a room 100 meters away and then treating me like a celebrity by handling all the financials at the other hotel, upgrading me to Club Suites for the week, providing free internet and food, and a fantastic room. Additionally, hotels in Germany nearly all provide full refunds on cancellations up until 17:00 on the day of the reservation, so they are challenged to balance the likelihood of cancellations and opportunity costs of unbooked rooms.

On the opposite side of the spectrum is British Airways. I have tried to be nice to BA since they offer free drinks to everyone, but that just doesn't make up for the awful way they treat their customers. I arrived at London Heathrow Airport an hour prior to my domestic flight back to Belfast City Airport upon InfoSec Eurpope's conclusion. The BA kiosk simply informed me it could not help me and printed out a piece of paper saying nothing more than this. I proceeded to the service desk directly behind the kiosk and a smiling agent chuckled when she saw I had tried to use a silly kiosk to check in for my flight, as if this technology would not be trustworthy for another decade. She then tagged my bag, typed a lot, and made a phone call before informing me I needed to proceed behind her to desk fourteen in a completely different area. I walked up to an empty desk fourteen and was asked what I needed. Informing a new agent of my very clear situation, I received an eye-roll and was told she'd help me at desk twelve. This is the point when I was informed the plane is already full and I had no seat. This was not a case of massive cancellations on another flight or unexpected delays. British Airways just overbooks every flight out of sheer greed, offers no refunds to anyone, and then tells you to hope some of the passengers who have already checked in somehow get lost on the way to the security lines so you can steal their seats. I didn't get lucky enough for one of these people to get locked into a magazine shop, so BA reserved me a room at a nearby hotel, gave me a front row seat for the first flight in the morning, and gave me vouchers for the shuttle which runs roughly once per hour. The lesson is that even if you are satisfied with the seat you've reserved and have no chance of upgrade, you still have to check into BA online or they'll accept more money from someone else like a scalper and you'll be out of a seat. If only their accountants realised they were losing money here, they would adjust their algorithms, but then again, the "fraud detection" on my World Mastercard hasn't improved in fourteen months, so I expect nothing to change soon. The worst part of it all is wasting three full hours which could have been spent casually enjoying a meal in London had I known I could not go home that evening.

Happily, we are settled into both our home and office for the remainder of 2015. So, instead of more trips to IKEA or a local coffee shop for internet, we can continue showing American visitors the beauty and history of Northern Ireland. I have family visiting now, and my parents will be in Belfast for The Twelfth this year, so I already know it won't be an identical summer experience to the last. Because they apparently never stop hitting me, here are the surprises in NI from this month:

And lastly, because it is what everyone hopes to see every month, I discovered the next subject for my "Buckfast in the Wild" series. As any wilderness photographer does, I worried my luck had run out when I discovered a weathered pint bottle relieved from his hedge hiding spot when the trimmer made an annual visit but lacked a camera to capture it. Then, I discovered this little guy sunning himself on the beautiful 23-degree final day of spring.