I just completed a stretch of five weeks in which I broke my [apparently rare] phone, never spent more than six consecutive days in Belfast, and drove more consecutive days in Italy on the non-commonwealth side of the road than I had in any one place in the past year, so hopefully I can capture the many experiences here, though it'll take a lot of words. Since plane travel was involved, my family of four has had somewhere between five and nine different viruses in that time, but it is impossible to accurately count, given the mix of common colds and what must be at least one case of bronchitis. As always, I've tried to organise my many ramblings into a few categories that somehow make sense in my head. 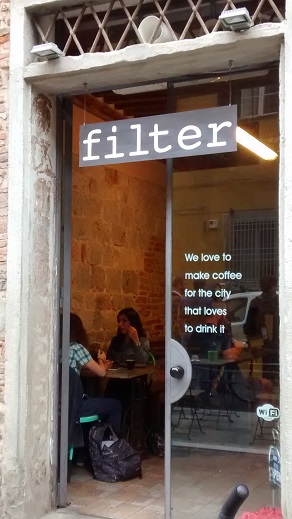 I am currently reading about the significant impact social norms have on our decision-making processes, so I've been noticing a lot more behaviour in this category wherever I go. Since we built an extended family holiday around a Tuscan wedding, I experienced a few noticeable social norms in Firenze which differ from those of the US and UK. The taxi drivers all possess an unmatched patience for pedestrians while following unaware tourists down narrow cobblestone streets, use horns as originally intended rather than to demonstrate anger, and slowly get close enough to get noticed without actually bumping anyone. The social contract here and learning to read and send cues are somewhat natural extensions of the acceptable practices of parking wherever convenient and waiting for opposing drivers to pass on thin roads in the UK, but would be a massive challenge for US drivers to learn. I really wish we could develop some of these social contracts on trains because many single Italian passengers have decided they are as deserving of four seats facing one another as any groups of three or more people.

All coffee drinks in Italy are served at the appropriate temperature to be immediately enjoyed (even at hipster coffee shops you wouldn't expect in Pisa), as opposed to scalding your taste buds to prevent you from recognizing how bitter and burnt it so often is in other countries. The only guarantee in each Italian village is there will be a place to sit and drink coffee and wine, sometimes both are in a single Tabacchi. I am not sure it's a social norm, but we witnessed a moment when a RedBull Mini parked near tourists and the female driver in her mid-20s started rapidly cracking open cans and handing them to every street vendor who paused from shoving selfie sticks and umbrellas in tourists' faces to approach the car with an open hand.

As I said above, I have rarely been in Belfast long enough to appreciate the sheer number of bank branches currently undergoing renovations, but I have managed to learn the reality about the 'opening hours' businesses post online: they are aspirational, at best. After visiting a phone repair shop at 9:45 one morning and seeing the door still very blocked by metal shutters, I rechecked the website to confirm the 9:30 Monday opening and noticed the times listed were 9:30PM to 12AM, so my confidence in Google was immediately shot. Upon speaking with the merchant, I learned the owner was late because his daughter visited Sunday night. That was the end of the explanation.

Having lived over a decade in and near Boston, I was unsurprised by the number of 'Out Monday for the Marathon' emails on Patriots' Day because we all know how crazy Boston gets on the day of one of the world's most famous marathons. Six days later, we left Belfast for a charity event in which our toddlers abandoned us to dance with teenagers and returned to the city to run errands while driving alongside the final mile of the Belfast Marathon. The disruptions were kept to such a minimum that it gave a perfect contrast when we attempted to depart our convenient rental apartment on Via Porta Rossa in Firenze (with an uncountable number of stone stairs) during a seemingly unannounced half-marathon (length undetermined) which actually formed a full circle around our area of the city. Our taxi driver knew nothing of the event, no signs were posted anywhere even minutes beforehand, police officers forced us to sit and wait to pass, and we couldn't find a single mention of the event online. All we know for sure is that people were running and when we found the bridge they crossed, we immediately saw them crossing back on the next bridge, so the race planners never considered automobiles may want to enter or leave roughly sixteen city blocks just south of the Duomo.

Air travel [skip ahead if you dislike my rants]

We very often assume there was a great deal of thinking and planning before any system, airport, and procedure is put in place for us, but I believe this is actually the case in a very small minority of systems. I'll move through this chronologically, but only because it would be nearly impossible to rank the sheer ridiculousness.

When arriving in Newark airport with the family, I had two hours to get through customs, drop my bag for my connection and transport strollers, car seats, toddlers, and luggage to the rental car conveniently located two AirTrain stops away. Since Smart Cartes are a standard size and I had to pay $6 to use one, I was silly enough to think it would (a) fit into lifts and (b) fit easily on the AirTrain. It might have been less painful to move it all by hand. After packing it all into the rental car, I merely needed to return three stops and proceed through security to reach my gate exactly in time to sit in row 39 on my flight to San Francisco, since only Germany thinks I deserve better. In case you ever wondered: if you check into your flight early and have status, you'll be seated away from your family in a slightly better seat, but if you don't check in early, you will apparently be moved to the cheap seats for no defensible reason whatsoever. When leaving the US for home, we found out that getting the latest flight from the States to Europe (especially when it's delayed an hour) is definitely best to ensure young children sleep well and a child incoherently crying upon being disturbed from a deep sleep absolutely guarantees an expedited trip through customs in the arrival airport.

For our one family excursion to continental Europe during expatriation, we pre-booked parking in Dublin Airport (only €60 for 8 full days in the short term lot), stepped through old fashioned metal detectors with our shoes, and flew to Frankfurt Airport. Frankfurt might actually love stairs and buses more than Heathrow because we had an hour to connect from Lufthansa to Lufthansa and this process went as:

The worst part might actually have been the stranger sitting two rows behind us who stood with his bag over my head as I grabbed our two cabin bags and started to head toward the plane exit. Not only did he decide he deserved to get off the plane before us, but he actually cut in front of my wife and children without saying a word. Can anyone explain these people who rush to grab their bags and skip ahead one or two rows because the orderly filing by row fails to account for their extremely high level of importance?

The return from Firenze airport was even more challenging because finding the rental car return is like driving through a garden maze and our flight was delayed fifteen minutes, so we were already anxious when greeted with a completely different connection process in Frankfurt:

Upon arriving in Dublin, we once again proceeded through customs in Dublin Airport, but happily the extreme convenience of pre-booked parking (no tickets because the licence plate is scanned upon entry and exit) made it rather quick to get back on the road to Belfast. For those keeping track at home, Smart Cartes are free in Belfast, Dublin, Frankfurt, and Firenze, but cost money throughout the US because nothing can be free and convenient.

Since we were lucky enough to avoid the inexplicable traffic south of DC on our drive from a wedding in Richmond, we were able to spend ninety minutes in the Smithsonian's National Zoo. In contrast to the Belfast Zoo we've visited on various occasions, it was great to get in for free (though with parking more expensive than tickets), but I'd rather pay and see some animals. I understand the need to let the animals roam their habitats, but we easily saw stuffed animals and prints of animals in twice as many locations across the park as actual living creatures. I did manage to spot a random Windows issue on a kiosk near one of the many areas we didn't see animals. 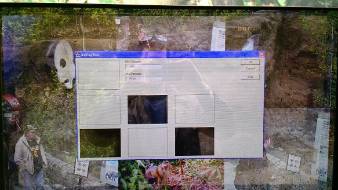 During the six consecutive days I was in Belfast, a friend from Boston visited and managed to speed-sightsee Northern Ireland in three days before we learned it is nearly impossible to book train or bus transportation across the border. If you go to Northern Ireland's websites for either, you can easily plan a route through the country and even include a town on the border, but then you need to use a separate website for the Republic of Ireland transportation, starting with the border town. Google Maps works for one of them, but I can never remember which. The Republic, I think.

I made some other random observations which didn't fit into any one category:

Beer and more of my OCD

Prior to volunteering at, and subsequently attending, Belfast's newest beer festival (ABV15) over the long weekend, I was shocked to discover how broadly Italy embraced the craft beer phenomenon. In Firenze alone, we found two separate 'birrotecas', which roughly translates to 'beer bars', and each had selections from Belgium, Italy, and the US which did not disappoint. Every Italian supermarket, while stocking dozens of delicious Chianti options for under €5, also offered high quality 'birra artigianale' for enjoyment in your hotel or villa.

The first sign I noticed at the RSA Conference was one with a 'transporation' typo.

Our entire team is excited to open the new Rapid7 Belfast office this Friday. If you've been holding your visit until after we move, you'll really love the new location, layout, and lighting.