Welcome back to my chosen place to ramble about the many random things my family and I encounter while living FAR to the northeast of our long-time Boston-area home. The past month has been more about settling than exploring, so I have three mostly unrelated topics to highlight.

Just after publishing my last blog, I joined others from the Rapid7 UK offices [there are two!] on a trip to Black Hat Europe. If you want to read more about the event, the highlights were captured here by someone more eloquent than me. I am mentioning this trip because it was my first visit to the Netherlands. Having spent about ten days in Belgium only a few years ago, my expectations for Amsterdam were somewhere between the biased descriptions from the 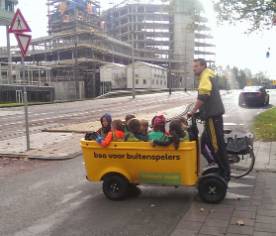 Belgians who hate Dutch beer and the ridiculous stereotype Mike Myers portrayed as "Goldmember". Well, neither of those examples prepared me for the culture that I witnessed. I didn't even see any restaurants offering "a smoke and a pancake."

The Dutch love bicycles. I mean, you cannot walk anywhere in Amsterdam without seeing rows of 1970s-style bicycles locked to racks and nearly running you over as you attempt to cross the enormous bike lanes on foot. I try not to generalize, but I don't know that I have ever seen something so ubiquitous in a major city, except maybe how incredibly civilized the Dutch people appear. A coworker pointed out the construction workers we saw that were well-dressed and bent over with a hammer and absolutely no skin showing. There was an abundance of electric car charging stations and the first use of a Segway for something other than city tours and office races [picture on the right]. Additionally, at the conference building, the exhibitor hall was on the first floor and when someone on the ground floor pressed the elevator call button and selected "1", the loud speaker very unapologetically stated "use the escalator."

And since I now consider myself a worldwide bacon connoisseur, I have to report that Dutch bacon is very thin, like an Italian cured ham, and a bit salty. It went very well in the dish with fried eggs and lightly toasted bread, though. Add in the option to drink beer from nearby Belgium's breweries like Duvel, La Chouffe, and Affligem, and I would happily visit the Netherlands again.

Having now lived in Belfast for almost exactly six months, I think that the novelty has worn off. I no longer blink when I see shops that are either imitating or localizing US brands, such as "Mr. Muscle" cleaners with a bald strongman or "Start Rite" that sells children's shoes. I don't have to think to add up 82p with coins denominations completely different from the US. It has become natural for me to refer to my studies after high school as "uni" 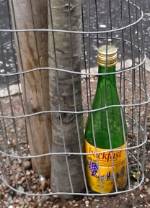 or "university" over the oft-used "college" in the US. I have started to question whether I am overusing the letter "zed" and underusing the letter "u". I cared a great deal more about the Scotland vote than the MA gubernatorial elections. I seriously considered parallel parking on the opposite side of the street last weekend. I now thank the bus driver that just made me fear for my life. I am used to seeing a lot less trash on the street, but a great deal more empty Buckfast bottles when walking my dog. I no longer feel compelled to pick up my plates at casual restaurants or tip the waitstaff that has merely done a serviceable job. Also related to food, I now crave brown sauce after being away from the UK for more than 48 hours. Oh, and I found a beer club that hosts monthly tastings, so that helps.

The comfort level is not only felt by me, though. My wife has stopped finding it odd when she picks up a free prescription and no one asks for ID or a signature. We finally remember to bring bags with us to Tesco, M&S, or Dunnes. We have purchased as many umbrellas since moving here as the previous ten years we have known each other. We no longer look forward to Sunday night television because the great shows on HBO or AMC air on Monday and Tuesday here. And the final indicator is that we were in a hurry while car shopping and stopped at "Northern Ireland's Largest KFC Drive Thru!" for a late lunch (followed by immediate regret when it tasted as all KFC does). That day leads me to my last topic.

For anyone keeping track at home, the last two needs for my family and I were gyms and an automobile. My wife found a great pilates studio and the gym I joined in August finally decided to open in 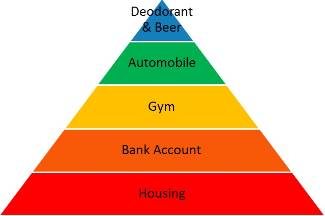 late October. Thanks to our lack of credit (which I discussed last month), we could not lease a newer vehicle for the next 14 months, so I opted to purchase a "Jeep" (the general term for SUV here) with under 100,000 miles on a diesel engine, so it should last beyond the time we are here. While I have hired and driven a Vauxhall Mokka, Hyundai i30, Vauxhall Zafira, Renault Clio, Vauxhall Astra, and probably another car you've never seen in the United States, my wife is just starting to drive on the left side of the road after six months of walking in warmer weather. It's "fun".

As a slightly different topic of need: I ran out of the deodorant I shipped here and found out that I am too old fashioned for this country because there is NOT A SINGLE stick of roll-on deodorant anywhere. You can get hundreds of antiperspirants and some deodorant-only sprays, but no one appears to supply (or demand) roll-on deodorant that does not also unnaturally block sweat ducts. Sorry to disgust you, but I don't find that necessary. I feel that these final touches in our adaptation to live in NI complete my version of Maslow's hierarchy of needs for adult expatriates.

To those of you in the States, see you in December. If you are in Northern Ireland, see you in the office on Thanksgiving. If you're in the Netherlands, sorry for sounding so uncivilized.