Hi again, faceless readers! After looking at my pageview counts from the past few blogs, I have decided to return to the kind of nitpicking and exposure of ridiculous inconveniences that seems to bring in the readers. Just please don't tell me that the name-dropping was the true cause.

Well, I have a lot of unrelated anecdotes and decided that, since I am always calling people out for making conclusions based on a "sample size of one" that I should stop being such a bore and join them. While I have served on some interesting juries, I am not employed as a lawyer and I have a few more years before that civic duty is once again mine. So now that I dismissed the little epidemiologist on my shoulder, here are a series of first world problems and bizarre "sitiations", as the Belfast natives would pronounce it, along with the immediate conclusion I have drawn from each:

In my last blog, I proclaimed that there are very few beggars in Belfast. Well, I still think that it is true. I think I know all five of them by face and where in the city I will run across them each day of the week. However, my wife and I witnessed a beggar that stands out among the hundreds I have encountered in my life: the wealthy, entitled beggar. I realize that those terms seem to contradict each other, but while walking from the Ulster Museum to a Sinnamon Cafe, a gentleman wearing wing-tipped shoes, a three-piece suit, leather gloves, and a cap approached us with a newspaper flat against his chest. This true gentleman asked for change as he glanced down at a cup of change he cleverly positioned in his palm below the newspaper. Too shocked to laugh in his face, we gave the standard "sorry" and look away move. Minutes later, he walked up to every patron of the cafe, including us again, with the same question before walking inside and asking the barista something. Just as I was asking who would give money to a man that is clearly doing alright, we watched a couple looked startled, make a joke, then give him some change!

Conclusion: It does in fact pay to dress for the job you want instead of the job you have.

One day, on my walk to work, I saw a confused tourist staring at his map. I asked if he needed help and quickly pointed him to Shaftesbury Sq. and the intersecting Donegall Rd. where he could find his bus, then went on my way. Two minutes later, he processed a few things and jogged a bit to catch up and ask "are you American?". I answered the Chicago backpacker's question and engaged in the sort of small talk to which I am so drawn before kindly seeing him off to his tour bus.

Conclusion: I can read a map.

I first noticed a connection when I made a crack about moving to Belfast ("not the one in ME") in a company email where I was trying to give away my cat (he has a happy home, by the way, since you asked). I only know of two Belfasts in the world:

Well, before I even had a chance to visit the beautiful ocean town of Bangor, Northern Ireland, I recognized the name of the "Queen City of the East" [thank you, Wikipedia] in central Maine. Bangor is in County Down in Ulster County, in case you were curious.

Conclusion: Maine settlers were so shocked by the ocean temperatures that they were convinced they landed in Northern Ireland after a long, circuitous boat ride.

Yes, I just made up a word. I have no idea how to describe the process of returning to your home country which houses your corporate headquarters for a work trip. Whatever you want to call it, I have now flown back to the States on two different occasions:

Everyone asks if it feels strange to come back to the United States. Well, everything about this kind of business travel makes you feel strange, so I guess, yes, it does. Maybe after my family trip back to New England, I will be able to distinguish between the strange feelings of re-inpatriation and international business trips.

Conclusion: Business travel will never become as luxurious as it looks on TV.

I have three very brief stories about shopping and in all cases, I just say "it's a swipe card" and wait for their contorted, annoyed face from the cashier.

Conclusion: Had it been around then, Ikea would have been the last level of hell in Dante's "Inferno".

In a previous blog, I promised not to waste your time with the "they use funny words over here" discussion. Well, I have a few language differences that I just have to mention: 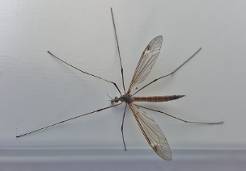 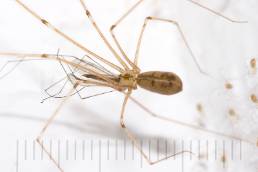